The Ten: Friendships in the Bible

David and Jonathan
What might be the greatest friendship detailed in the Bible, Jonathan and David had a loyal and remarkable relationship. From when they first met: “Jonathan was deeply impressed with David. . . From that point on he would be David’s number-one advocate and friend” (1 Samuel 18:1, MSG). David said about Jonathan: “O my dear brother Jonathan, I’m crushed by your death. Your friendship was a miracle-wonder, love far exceeding anything I’ve known—or ever hope to know” (2 Samuel 1:26, MSG).

Paul and Timothy
Paul mentions many of his friends in the Bible, but the most prominent may be Timothy who he calls “my dearly beloved son” (2 Timothy 1:2). They travelled in ministry together with Timothy supporting Paul during his imprisonment. Just before Paul’s death, he wrote Timothy a letter saying “I long to see you again, for I remember your tears as we parted. And I will be filled with joy when we are together again” (2 Timothy 1:4, MSG).

Jesus and John
Jesus had many friends and loved them all, but His disciple John had some stand-out moments in his friendship with Jesus. Referred to as “the one who Jesus loved” five times in the Gospel of John, Jesus asked John to care for His mother at His crucifixion. John was the longest-living disciple, and even after surviving exile to the isle of Patmos (where Jesus appeared to him in a vision), he continued on in ministry as a great Christian leader.

Ruth and Naomi
Their relationship started out as in-laws but Ruth chose to stick by her mother-in-law even after Naomi lost her husband and sons. Their friendship is an example of one that has God at the centre: “But Ruth said, ‘Don’t urge me to leave you or to turn back from you. Where you go I will go, and where you stay I will stay. Your people will be my people and your God my God’” (Ruth 1:16).

Daniel, Shadrach, Meshach and Abednego
These four friends stuck together when taken captive to a foreign land. They stood firm in their faith together and supported one another through some heated trials. When Daniel was promoted, he “petitioned” Nebuchadnezzar to also grant favour to his three friends.

Enoch and God
Enoch was known as a person who walked with God and was so connected with God that he was taken up to heaven without dying (Hebrews 11:5). What an example of a great friendship with God!

Jesus, Mary, Martha and Lazarus
It is mentioned three times in John chapter 11 how much Jesus loved these three siblings (verses 3, 5 and 36), even risking His life to visit the tomb where He raised Lazarus from the dead.

Caleb and Joshua
Out of the 12 Israelites sent to scout out the Promised Land, only Joshua and Caleb showed enough faith to believe they could conquer the land. God blessed these two friends, with Joshua eventually becoming leader of the Israelites and Caleb receiving an inheritance in the Promised Land.

Amnon and Jonadab
Not all friends are good for one another. An example of a toxic friendship in the Bible is when David’s son Amnon confides in his friend and cousin Jonadab about how much he loves his own sister. Jonadab provides some bad advice about how to seduce her, with some awful consequences (2 Samuel 13). 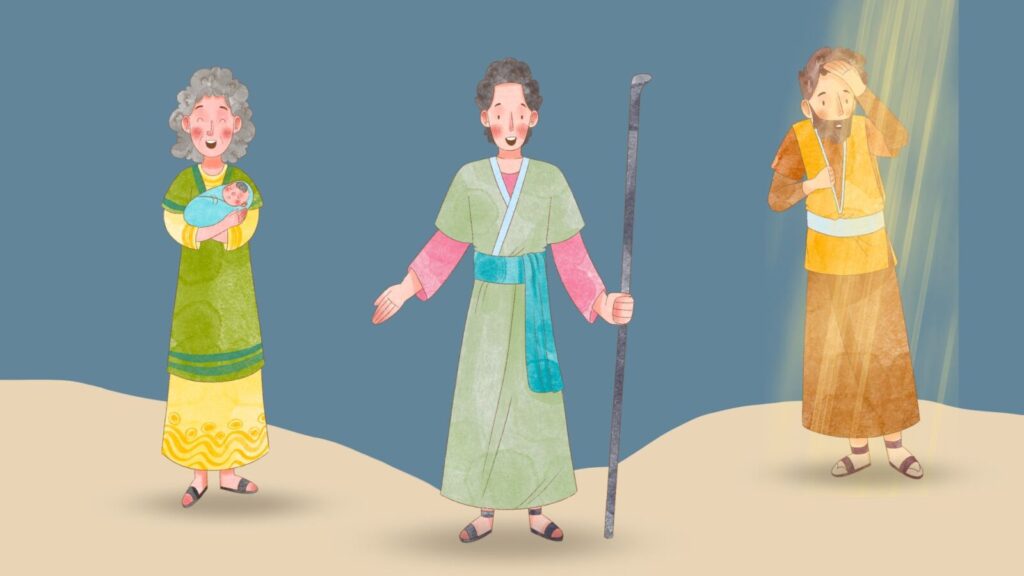