Boliu Hospital on the Island of Mussau, Papua New Guinea, was opened in 1955. Prior to the Second World War, any medical cases on Mussau Island, New Guinea, were treated by missionaries Arthur and Nancy Atkins at their back door. No other medical facilities were available on the island. Their mission station and school were established at Boliu overlooking Schadel Bay at the southern end of the island. Fellow Seventh-day Adventist Trevor Collett was operating a timber mill on neighbouring Emirau Island and supplied timber to Atkins for the building of a school and a simple weatherboard cottage with a corrugated iron roof. This structure eventually served as the hub and dispensary for the Boliu Adventist Hospital.

The war brought tragedy to the developing enterprise. Both Atkins and Collett lost their lives. Following the war years, John and Kath Martin were appointed to Mussau. They arrived in May 1949 and remained until 1952. John had served in the army as a medical officer, having first received some basic training in combat injuries and tropical diseases at the Heidelberg Military Hospital, Melbourne. Kath had completed three years of the nursing course at the Sydney Sanitarium and Hospital. They used the weatherboard cottage, where they treated malaria, skin and chest infections, ulcers, bone fractures and other injuries. It also served as a maternity ward and dental clinic. There were only a couple of beds, screened off from the rest of the room. All medical supplies were obtained from the government without charge.

When missionaries Calvin and Beryl Stafford arrived at Boliu in June 1954, they made some improvements to the station. Four concrete slabs were laid near the cottage, and local materials were used to construct two wards for males and two for females. The roofs were grass thatch, providing a cooler atmosphere than the cottage. Stafford installed a diesel motor and generator to supply electricity to all the buildings on the station, including the dispensary, wards and doctor’s assistant’s house. The Staffords were not trained in medical work, and Beryl had to insist that she could not be very helpful, especially with difficult childbirth cases. The national nurses, husband and wife Pereri and Rebecca, were the highest level of medical assistance available.

Colin and Melva Winch, both trained nurses, replaced the Staffords in 1957 and remained until the end of 1960. Pereri and Rebecca assisted them. The hospital catered to the populations of both Mussau and Emirau islands, numbering more than 2000 people. Mission station superintendents had the oversight of the hospital in addition to the school, but they were usually not directly involved in the day-to-day medical services.

During the eight years that Milton and Betty McFarlane were stationed at Boliu, from 1961 to 1968, all medical services were rendered by national nurses. The McFarlanes were replaced by John and Patricia “Trish” McMahon. Trish was a trained nurse and toward the end of her term, in the early 1970s, she had the assistance of a national nurse, Ruth Elisha. Ruth was succeeded by a married couple, Samuel and Esther Kangai, who served until the hospital closed.

The hospital was listed in the Seventh-day Adventist Yearbook from 1970 to 1977 as a 24-bed institution that was established in 1955 when Stafford installed the electricity. It was closed when a government facility opened approximately 30 minutes’ walk from the mission station. 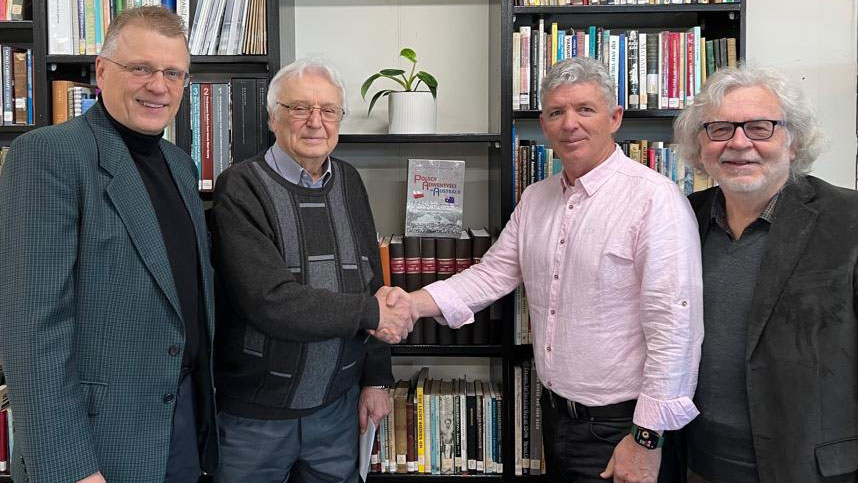